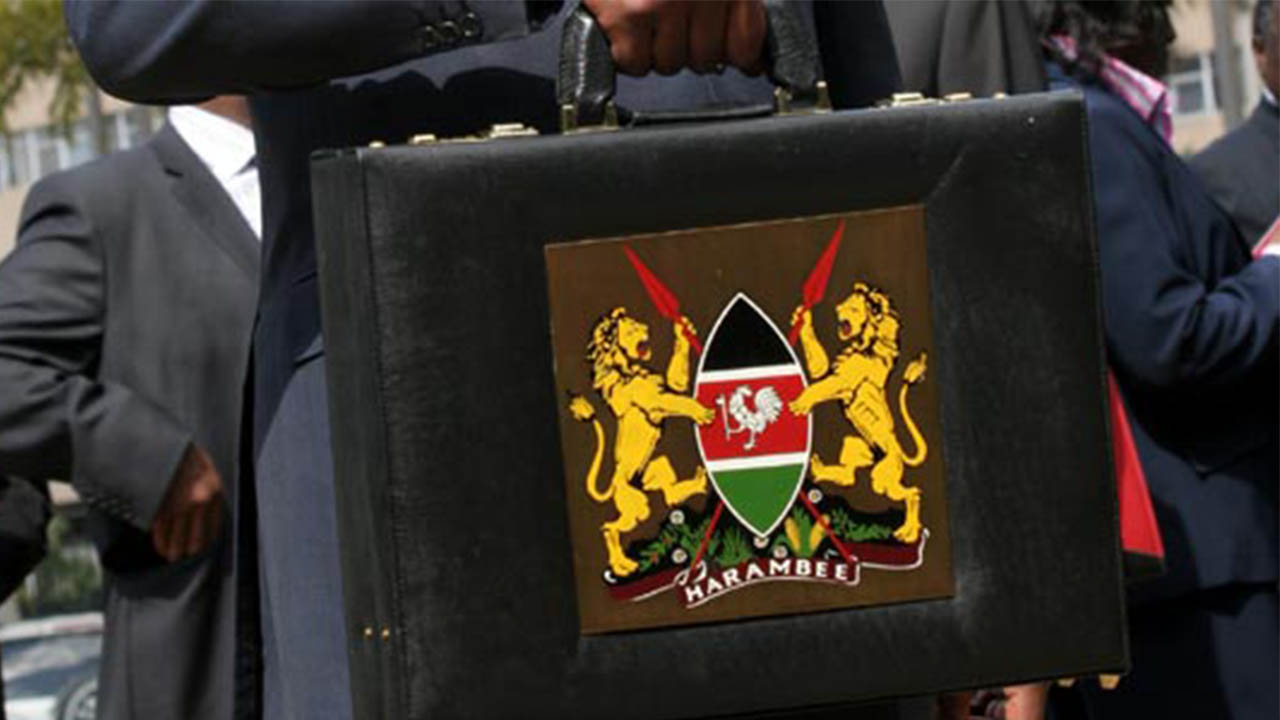 Having considered all relevant information, the Cabinet Secretary National Treasury under section (97) 1 may decide to stop the transfer of funds to a state organ or public entity in accordance with article 225 (3) of the constitution. The Cabinet Secretary shall stop the payment and inform the controller of budget in respect of:

The Cabinet Secretary shall then seek Parliament’s approval for the stoppage of funds to the public entity after which the controller of budget shall investigate and submit a report to parliament within 14 days in accordance with article 225 (7) of the constitution. Parliament shall then approve or renew the decision of the cabinet secretary to stop the transfer of funds and the Cabinet Secretary shall abide by the decision of Parliament. In summary: 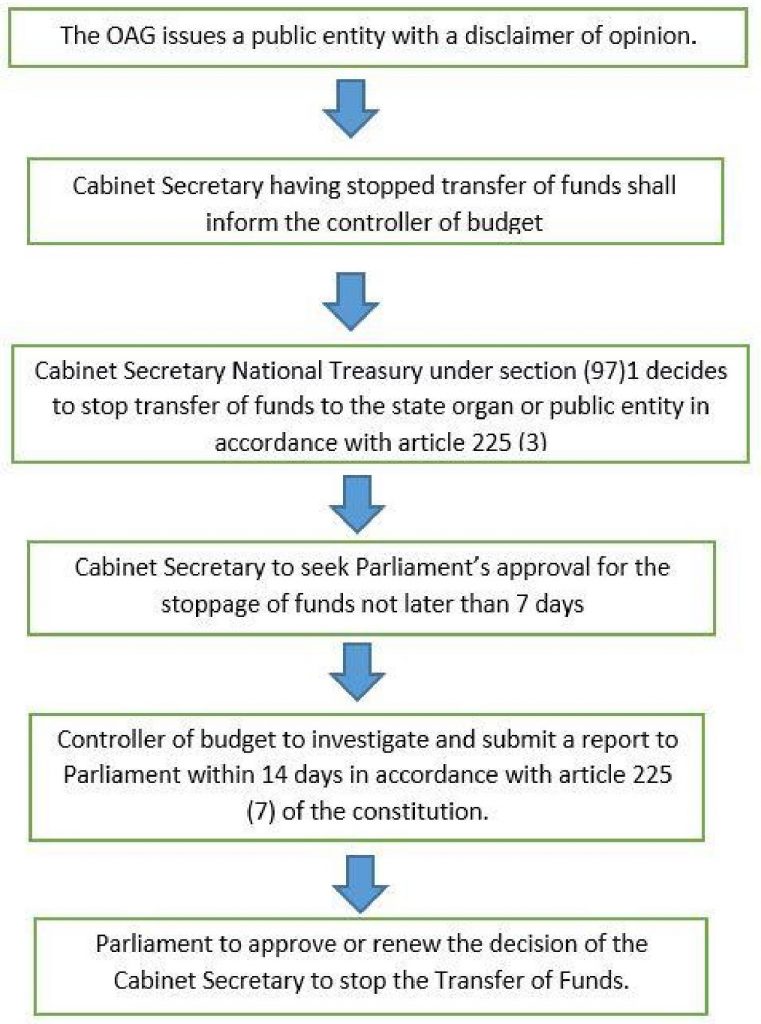 The audit reports issued by the OAG provide a good account of how entities funded by public funds utilize the financial resources allocated to them. The audit reports backed by the Public Finance Management Act (2012) can help relevant authorities prevent the misuse of public funds by initiating the process of stopping funds transfer to entities that have been issued a disclaimer of opinion. Let Parliament and other relevant authorities act in the best interest of taxpayers by upholding and implementing the Public Finance Management Act 2012 when confronted by audit reports that indicate public entities issued with disclaimer of opinion